I’d like it to be a place of thinking aloud and collecting the things that are riding alongside those thoughts (probably quite often in such an obtuse way that even I’m not sure how they link up). Blogs scare me a little, because there are some fantastic ones out there, and because I’m scared mine will be whiny or self-centered or just not as interesting in comparison. So, I’m sticking to the knowledge that a) anyone is free to engage with as much or little of anything on here as the find interesting and b) I might look back on anything here in five years or a year or three weeks and wince a little, and that’s going to have to be OK.

As a dedication to the thinking/sharing/maybe-venting-sometimes reasons for having a blog at all, here’s the format I’m going to set out with:

Death. Is kind of a weird theme for the beginning of something (but so often is… or in movies it is, at least). But I’ve spent the last week in a rehearsal room for  the play Every One with Chris Goode and Company, which will be opening a run at the BAC at the beginning of March. The play is about death (among other things) - it centres around a woman who dies while doing the ironing one Saturday morning.

Everything I've worked on over the past 18 months has been about, or decently steeped in, death. I didn't realize that until I started working on this show, but it's true, and to a degree that feels somehow beyond coincidental. In fall 2014, I made a solo scratch piece, White Hole Noise, in which I was killed several times by nightmares broadcast by a radio. In the start of 2015, I spent a whole term of my MA devising a piece around death, pinging it off nearly every format and culture imaginable. The next two terms, three of us made a show in which two friends investigated grief over having lost the third member of their trio, years later, and the resulting disintegration of their friendship. I spent the last four months of the year acting in Teddy Ferrara, a play about LGBTQ youth suicide. Between these, I worked with Ponyboy Curtis and on Weaklings, which, though softer, certainly hold strong echoes of loss, suicide, and horror. 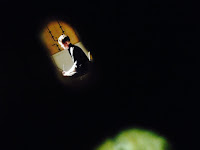 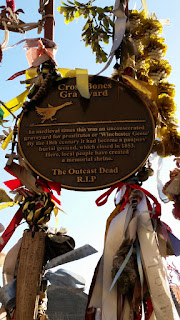 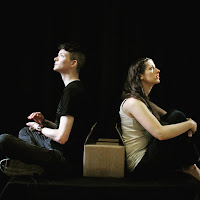 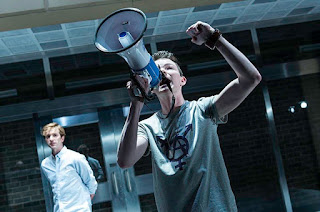 And, I still don’t have any conclusions.

Death is a right.  The most important right.

Death is multitudinous. To the extent that trying to hold it in a show feels like trying to catch a fireball.

Death and grief feel like opposite things. Grief is about trying to live. Death is about removal.

Last night, I filled out a survey for people who have contemplated or attempted suicide. It’s sponsored by the National Rail, and run by the Samaritans. They ask you a lot of the stuff you’d expect, but I got to the final question and couldn’t really answer it. You’ve put down where and how you’ve imagined killing yourself or tried to kill yourself, and why you’d choose those places. Then, they ask what you would want at those locations to deter you from going through with it.

And, if I’d been honest, I’d have left it blank. A cast member this week described a car accident she’d been in. Time slowed as the car was rolling, she said, and she could tell how bad the wreck was, and she knew she was going to die. She left unscathed, though the car was totaled, but for months she felt very strange. She felt dead. She’d be packing clothes to go on tour, and she was packing a dead person’s clothes. In the moment of the crash, she believed she was going to die and she relaxed, totally, and accepted it. Then, she had to re-enter living.

If death is nothing, then it is more of a nothing than before one is born. Time didn’t exist at one point, but when and if the universe drifts apart to it’s demise, what defines the period after time ceases to be a guiding force of matter and space?

Perhaps death is the word we use not just for the cessation of vital signs and consciousness, but also for something quite different - the rushing into the vacuum.  Eumpemisms, speculation, memory, the changing hands of possessions, the weight of the reasons on our conscience - both personal and socially collective.

Was it the dead persons’s “time to go” - aka. did they fulfill their average lifespan, did they produce enough work and/or children and/or morally upstanding deeds (on a globe pulsing capitalism)? If not, what would they need to have done to earn that time in an afterlife? What if you laugh during a funeral? What if only one person remembers which flowers the deceased loved? What if the entire memorial process is conducted under the wrong name and pronouns? Our rituals for death carry the things we most need and cling to, and those we most wish to impose on those we care about.

Then, a piece about death challenges us to speak to an ideal society, while confronting the usefulness and even comfort of some of the most problematic forces in our world.

And, at the tube station or at the top of a bell tower or etched into the handle of a switchblade, that’s what I want. I want an acknowledgment of why anyone might welcome death. Why any of us might want to open a vacuum. And, whether we fight or welcome death, or something in between, a reminder of all the beautiful things that rush in through the exit.


Rhiannon Armstrong (has been and) is curating The International Archive of Things Left Unsaid. It’s what it says on the tin, but with a simplicity and focus of care that is absolutely astounding. You need 5 minutes, an internet connection, and a pair of headphones to listen.

Ridiculusmus had a brilliant run of Give me Your Love at the BAC. It involved PTSD, MDMA trials, a cardboard box, a locked room, and some funny, passionate, very serious voices. They could use a little support right now. They also just did a podcast recording with Thompson's Live, which is worth a listen.

A Practical Guide to Self-Harm for Ghosts

1. Stand in direct moonlight until you can’t feel anything.
2. Project your friend’s nightmares onto a big screen somewhere in the city
3. Buy all the food you can never eat with someone else’s money.
4. Look at pictures of yourself as a baby.
5. Take off all your clothes and sing beautifully in a cemetery
5. b Take off all your clothes at a party where you’re the hottest person in the room.
6.   Bid for an ornate mirror at an auction.
7. Fire your publicist.
8. Become a rocket scientist
9.  Write a will.
10.  Learn a new language.
11. Sleep.
12. Adopt a pet.
13. Kiss a stranger.
14. Wear out a pair of boots.
15. Break fire extinguishers.
16. Record foley for pornography.
17. Name a child.
18. Interview the Loch Ness Monster.
19. Go to the moon.
20. Preach the afterlife to other ghosts.
21. Use a telegraph machine.
22. Contract lice.
23. Sneeze. Yawn. Stretch.
24. Take smelling salts.
25. Smash intricate glassware in anger.
26. Answer the phone.
27. Diagnose anything.
28. Warm laundry.
29. Register to vote for an ineffectual party
30. Wait up to see the sunrise.

PS. (Semi-obscure) thanks to:
1. Chris Goode, The Forest and the Field: Changing Theatre in a Changing World, who cites Jeremy Hardingham on the idea of "Theatre rushing out of it's own emergency exit". This phrase has been bouncing around in my head since I read it about seven weeks ago, and I've applied it to all theatre encounters since, including my past week in the rehearsal room for Every One.

2. Timmy Reed, The Ghosts That Surrounded Us, though I'd been thinking about ghosts long before I read this, it's an excellent work that helped me reconsider my framework around ghosts and spectrality.

3. Alan Ginsberg, who wrote, "their heads shall be crowned with laurel in oblivion" in the first section of his poem Howl, which I encountered this weekend via the Rob Epstein/Jeffrey Friedman film of the same title. There is something perfect and succinct in that line that I couldn't get across in quite the same way in this entire post.
Posted by Griffyn Gilligan at 03:55